Why were you not surprised, when Mr. YV Reddy announced that inflation is going to make you sad, and Banks will kiss you with a little extra interest (if only you are paying them). I know most of the people did not care about it. [I had to care and digest through all news papers for this news, because im a fresh and nervous Loan Payer Heh!]. But i know most of them were thrown back (very necessarily) when they heard Dhanush is marrying Aishwarya (Rajini's doughter). Give it a thought.

The News Dailies understand our very pulse, and they know how to catch our attention. I only wonder if people know, right now, Yasser Arafat (a great leader in my eyes) is totally sick and about to end life. But I know, almost everyone in Tamil Nadu knows Veerappans daughter was Taken out of the school she was studying. Im not classifying the importance of the news, but im wondering, How the wholesome of people react to news.

And thinking reverse, looks like the news papers and the news media (newspaper in major) control the public opinion. It looks to me as if we are being forced to read some news, thats the news papers opinion and not the news exactly.

Hope you remember the 007 movie, "Tomorrow Never Dies", where the Villain runs a News Agency. He puts the news in his paper, and then makes it a reality.

We are being driven by these kind of news agencies, and we are far from reality.
But do we have an option to know the real news ?.

Yes, if we can have the maturity, to categirzie things, and differentiate between News - Opinions - Gossips - Assumptions - Speculations.

Just read "Veerappans dead". It doesnt matter how he was dead, How people killed them, whether there was humanity in it, if he committed suicide. NO! we saw pictures of his Corpse, and he is dead. You neednt know more. If you want more, you dont want news. You want an entertaining story. Well, understandingly, thats what papers are giving currently.

News - Veerappan was killed by TN - STF.
Opinion - Veerappan must not have been killed, he was a good man says his wife.
Gossip - Veerappan is still alive, and that rumour is still spreading.
Assumptions - Veerappan could have been arrested even earlier, but were given specific orders to kill him.
Speculations / Hype - Lots of money in the forest, and people are running for it.

keerthi, the media is as much if not more symbolic of the corruption in our society. And the worst part is they wail about moral responsibilities lacking in the society.

These guys are the very antithesis of ethics but always preach it for others.

And regarding the "will happen" u have mentioned, i guess thats already happening.

when someone buys a nakheeran( you r not in your right mind if u buy it in your hard earned money) try to see if there is something even remotely critical of the main oppn party . you will not find any.

And about SUN and the family, the less said the better.


A News and Commentary Blog
from Keerthivasan Rajamani.

Some Copyrights Reserved.
keerthivasan@gmail.com for details. 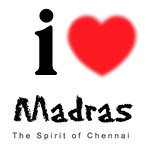